Eton College UK, located in Windsor outside of London, was founded by Henry IV in 1440.

It is one of the most prestigious independent boarding schools for boys in England and was the sister institution of King’s College in Cambridge.

It is one of the most exclusive private schools in the UK among other top UK education institutions. All through the years, Eton School has gained popularity for producing famous politicians, actors, singer-songwriters, authors, and even economic theorists.

However, here we focus on the creative minds that emerged from Eton School.

The listed creative and famous figures may ring a bell as influential Etonians, but you may be surprised to learn what subjects they studied while they were students. 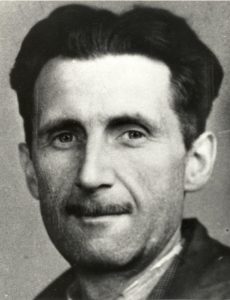 One of the most famous alumni of Eton College is the writer, George Orwell. He was an English novelist, essayist, journalist, and critic and is best known for his novels ‘Animal Farm’ and ‘1984’ which are known as literary masterpieces.

George was born in India and his birth name was Eric Arthur Blair and soon after a year he was born, his mother took him to England. He won a scholarship and went to Eton after he had published some of his early works and received a lot of praise in return. Since literature was not widely accepted as a subject for boys at the time, Orwell studied the master writers and soon began to develop his writing style. He had a gift of writing and was recognized at the mere age of five.

While studying at Eton, he came across liberalist and socialist ideas, and soon his political views were developed. Since his family was not very financially stable and could not afford his university education, he joined the ‘Indian Imperial Police’ after graduating from Eton.

Nonetheless, he was blessed with his gifts, and he continued making history and went on to become one of the most successful writers history has ever seen. 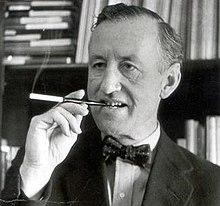 Another famous English author who went to Eton was Ian Fleming. He was a naval intelligence officer, journalist, stockbroker, and banker before he entered the world of fiction writing. To this day, he is very well known for his renowned work of the James Bond series, a collection of spy novels.

He was born into a wealthy and influential family in London, and he took his education from three different countries, namely England, Germany, and Switzerland. After completing his school term, Fleming enrolled at Eton College in 1921. He excelled at athletics and was also an editor of the school magazine.

Fleming’s experiences as a naval intelligence officer persuaded him to write various spy novels after World War II. He then wrote 12 novels of the James Bond series between 1953 and 1966 and quickly became one of the most prominent authors of his era. The series was well-received by the readers and James Bond as a character became one of the most popular and successful heroes of the 20th century in the world of fiction.

In October 1947, Ian was awarded the Danish Friends Medalje for assisting Danish officers who were escaping from Denmark to Britain during the German occupation of Denmark. 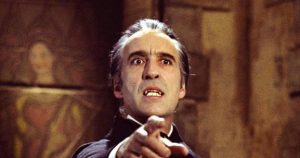 Sir Christopher Frank Carandini Lee was a famous English actor and singer and one of the most prominent alumni of Eton College. Best known for his work in horror films produced by Hammer Studios, he also featured in ‘Star Wars’ and the ‘Lord of the Rings’ trilogy which brought him honor, recognition, and privilege.

Lee was also involved in the music business where he released his CD titled, ‘Revelation’ and worked with an Italian power metal band called Rhapsody of Fire. He sang a few songs with the lead singer of the band. He appeared as a villain in the James Bond film called ‘The Man with the Golden Gun’ and even worked with George Lucas on a 1992 television series called ‘The Young Indiana Jones Chronicles.’

He had accepted a scholarship to attend Eton College and Wellington College where he excelled at ancient Greek and Latin. After graduating, Lee continued to receive more and more throughout his career and starred in numerous television shows and films. Apart from acting and music, Lee has also given lend his voice to characters like ‘King Haggard’ in ‘The Last Unicorn,’ and ‘Thor’ in the Danish film ‘Valhalla.’ He even narrated a documentary in 2013 which was titled, ‘Necessary Evil: Super-Villains of DC Comics.’ 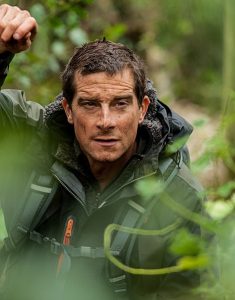 Bear Grylls is an adventurer, traveler, and explorer who is widely known for his show ‘Man vs. Wild.’

Ever since he was a kid, he was interested in adventure sports such as mountaineering, sailing, and skydiving and was trained at these sports by his father. Grylls was also eager to learn martial arts and he got a black belt in Shotokan karate at a very young age.

Throughout his life, Bear has suffered many serious and major injuries, but nothing has ever held him back, he has been as zealous and enthusiastic as ever. He fulfilled his childhood dream of climbing Mount Everest in 1998, even after suffering a serious spinal injury.

Grylls has exhibited himself as a presenter on reality television shows where he goes on different thrilling adventures and journeys.

He joined Eton after attending the prestigious Ludgrove School where he established his very own mountaineering club which was a first for the college. Grylls was not a studious child since he realized that he was not cut out for an ordinary life at a very early age. Apart from embarking on different adventures, Bear is also a survival instructor, writer, businessman, former ‘Special Air Service’ serviceman, and honorary lieutenant-colonel. 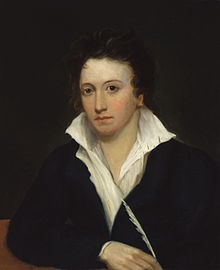 Percy Bysshe Shelley was an English romantic poet who was very well known for his many verse dramas and classic poems.

Shelley lived a life filled with continuous struggle and difficulties, though he is widely appreciated in the modern-day for his work of fine lyrists, it was not the case when he was alive. He did not get the deserved recognition and he was even expelled from Oxford for publishing an atheist pamphlet. His father intervened to revoke his expulsion, but he refused to take down the pamphlet.

The relationship between his father and him broke down when he eloped with a girl who belonged to an unequal family. Shelley was not accepted in society also, his radical views and his belief in free love was not at all approved.

Nonetheless, after graduation from both school and college, he continued to write and publish his work. He went on to become one of the finest writers of English poetry which we all appreciate today. ‘Ode to the West Wind’, is one of the most renowned works of Percy B as he wrote about a revolution that would bring in a new order in his poem.

It emerges from these examples of who went to Eton College that young men gain a lot of inspiration at Eton Boarding School. The connection of Eton College to royalty is also widely known and it has seen royalty study and graduate for generations. Eton College, therefore, holds a great reputation for producing the most successful creative minds in the world.

The 4 Top Benefits of an Engineering Degree

Who Will Be On the Cover of Madden NFL 23?

5 Hyped Games Hitting Your Console in 2022

5 Gaming Consoles With Exclusive Features For Every Top Gamer