For centuries we’ve gifted flowers as a sign of love, affection, appreciation, sorrow, or grief to others.

They’re a symbol of care so ingrained in our culture that we’ve developed our own language of flowers, giving each special meaning and symbolism.

But where do these meanings come from and how do you navigate the many different colours of even a single flower?

Let’s have a look at some popular and classic flowers, what they mean and where the language of the flower comes from.

Where do the Meanings of these Classic Flowers Come From?

Nobody is quite sure where different flowers get their meanings and uses from, but it’s theorised that the language of flowers descended from many different places, including the ancient Greek, Roman and Egyptian cultures.

You’ll find references to the specific meanings of flowers in William Shakespeare’s works, but it wasn’t until the 1800s when the language of flowers really took shape. We can thank Victorian England for much of how we use different flowers for different occasions or to mean different things today as even books existed to help hapless romantics construct the perfect bouquet to say just the right thing to the object of their affections.

Let’s don our Victorian best, open our Language of Flowers companion guidebook, and have a look at some of these flowers and when to gift them in the modern world. 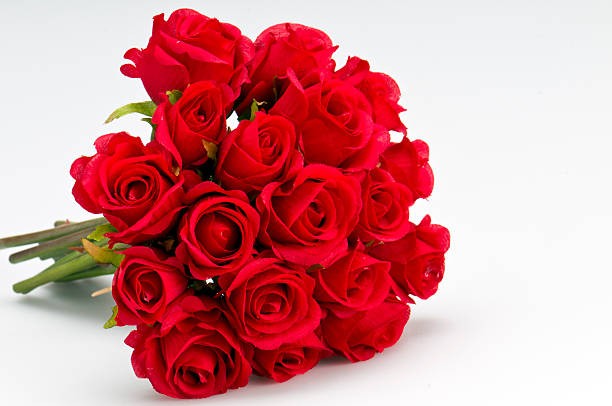 We couldn’t start this list with anything other than the rose. The most classic of flowers gifted between lovers, the red rose symbolises love and passion and is the most gifted flower in the world on Valentine’s Day. Flower growers specifically grow these flowers to coincide with the holiday of love, and they experience a bit of a price increase in February too.

Because roses come in many colours, it turns out that gifting a rose isn’t quite so simple. Gift the wrong colour rose, and you might deliver the wrong message. White roses, for example, are the opposite of red. They convey purity and are very often used on wedding days in bouquets to symbolise the union of two people. Gift a yellow rose to your love and you might find yourself answering some difficult questions as they symbolise friendship and caring rather than romance. In Victorian times the yellow rose was a symbol of jealousy – and wasn’t exactly a popular gift!

There are many different colours of roses, including pink, orange, blue and even black roses. Be sure you know exactly what message you’re trying to convey with your rose before you gift them. 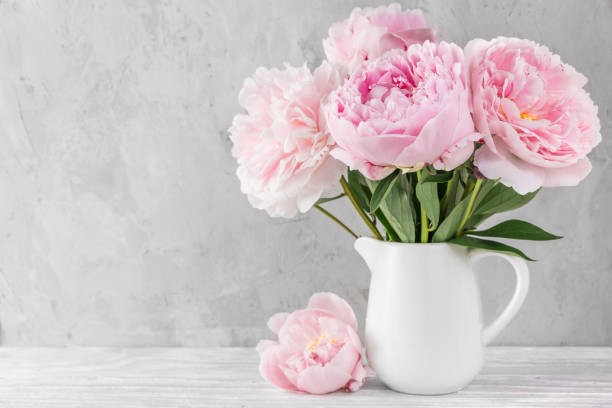 According to tradition, the peony is a flower that symbolises romance where the person gifting them wants to be anonymous or is bashful. It could find its home in a secret admirer’s Valentine’s Day bouquet, and that’s easy to do if you order your flowers online.

The origin of this meaning and use has its roots in a story that is believed to have stemmed from Greek mythology, where it was said that Apollo turned the nymphs into peonies if he suspected that Aphrodite, the goddess of love, believed he was flirting with them. In modern times they’ve also come to be known as a flower to symbolise prosperity and good luck, and the recipient could be blessed with good luck. 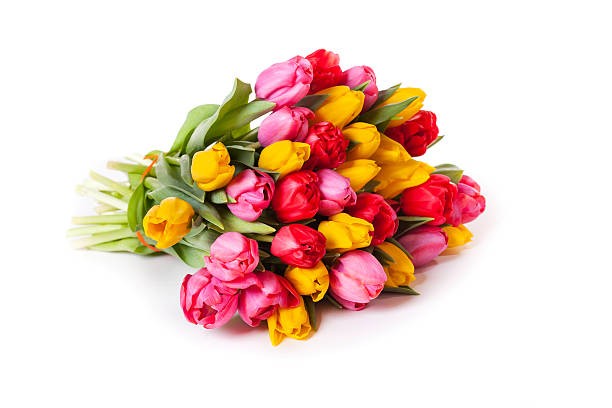 As with many flowers, the tulip is another bloom that speaks of love and affection. This easily identifiable and colourful bloom is said to represent the perfect, deep love of another. We’re not only talking between lovers here, but we also mean deep love of family, friends, or your children too.

There’s some variation in the meanings between different colours of tulips and for the most part, they follow the same colour meanings as roses – red for love, yellow for happiness and friendship and pink for wishing someone well and showing affection. 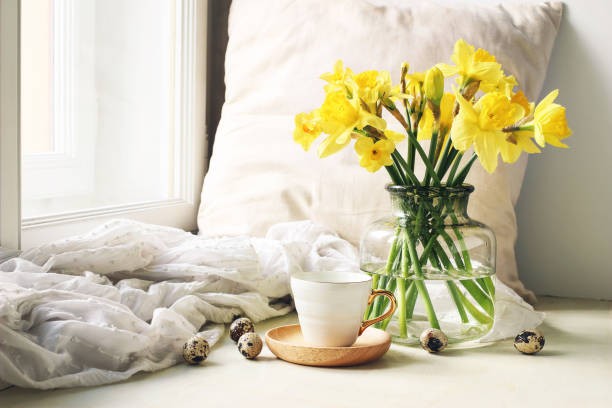 Daffodils (actually called Narcissus) are a spring flower, one of the first to bloom in the northern hemisphere’s springtime in March. It’s a flower with several different uses and interpretations in the language of flowers. These days they’re used as a symbol of rebirth, hope and new beginnings. They can also mean forgiveness and because of their bright and cheery disposition, these flowers are often used as a symbol of happiness and gratitude.

Daffodils are also famously the flower traditionally symbolic of a ten-year wedding anniversary, picking up on those feelings of happiness and gratitude and hope for the future of the wedded couple and it’s a lovely natural and sustainable wedding celebration token.

Spend some time the next time you’re buying flowers for someone to consider their meaning and what you’re trying to convey. Your florist can guide you on crafting a bouquet that offers a sentiment exactly to what the message you want to send is. If you’re unsure, stick to the classics – there’s not a person alive that doesn’t love getting a bright, colourful bouquet of wonderful smelling flowers.

5 Top Tips to Prepare for a Road Trip Adventure